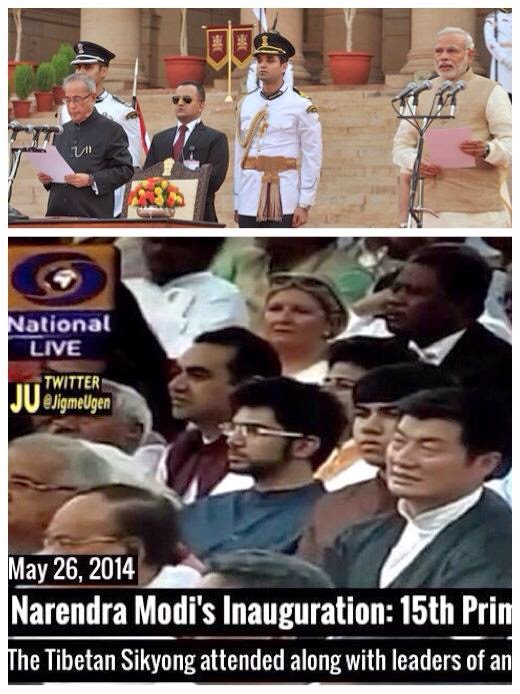 
Mr Modi won a landslide victory during the recent Lok Sabha election, and became the Fifteenth Prime Minister of India.  Sikyong has earlier delivered message to Mr. Modi congratulating him and his party on winning the general election, and has said, "I wish you great success in meeting the hopes and expectations of the people as you prepare to assume your new responsibilities."


The ceremony also provided good opportunity for the Tibetan leaders to meet other dignitaries and exchange greetings. It is observed that this is the first time that Political leaders of Central Tibetan Administration made their presence along with other dignitaries in the Swearing-in ceremony of the Prime Minister of India.
Posted by Kawaripa Taro at 6:17 AM No comments:

Email ThisBlogThis!Share to TwitterShare to FacebookShare to Pinterest
Labels: Tibetans in India

The Four Loves of Phari by Tsering Dorjee Gashi 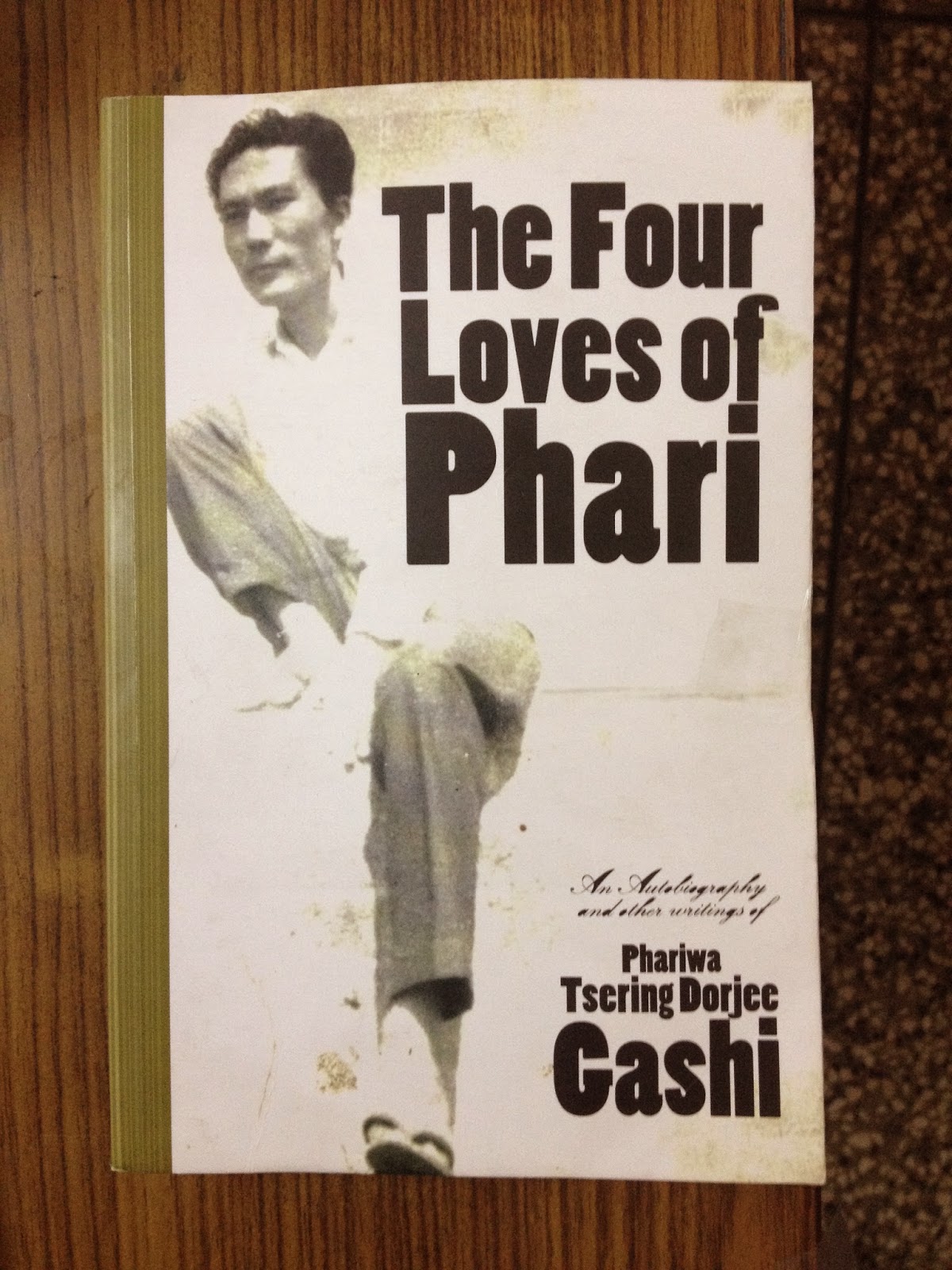 The book is an important testimony of a young Tibetan who was sent to China along with many others in 1950s to study. The author has very precisely written about what exactly happened during his six years of study in China, and what he saw in Tibet after coming back from China. The book is divided into three sections: the first section is a welcome reprint of author's "New Tibet", a copy of which is no more available. It was first printed in Tibetan and later translated into English. The second section is important that it contains many articles that the author has contributed in various media on Sino-Tibetan relations around that time. The third section is the author's research paper on Uighur, known by Liyul by Tibetans and as Xinjiang by China, another minority under Chinese occupation.

The book documents the event unfolding the Chinese invasion, education of young Tibetans in China, and Tibet under Chinese occupation. The book has laid bare the China's devious plan of communist indoctrination behind the garb of education opportunity for minority nationals. For a young boy from a remote region of Tibet, opportunity to study and see Peking city came as a great adventure and joy. Many Tibetans from other regions also had the same feeling. But their enthusiasm soon turned into disillusionment when they came to know that the purpose of their education was to indoctrinate them to defy their culture and to kowtow to the Chinese claim that Tibet is a part of China, and that they were trained to become the running dogs of the Communist China.

The book shows how the Tibetan students reacted to this insidious plan of the China, and how despite at the risk of their lives, they challenged the Chinese claims. How even under great pressure and torture through thamzing, they stood firmly by Tibetan independence. Our belated salute to the students like Wangdu, Yarphel, Amdo Gyakok, Kesang Dekyi, Tsewang Samphel etc, who endured the torture and humiliation, but remained patriotic and never let the Chinese authorities have the satisfaction of having subjugated the Tibetans' spirit of freedom. Through this book, the world will remember them for their selfless heroic deed. Unfortunately, just like some gyaltsongpa, betrayers today, some Tibetans stood with the Chinese claims, and came heavily on the patriotic Tibetans. It will be an interesting to study where these Tibetans are right now.

The book is also an eye opening for the students here in India and abroad, how the early young Tibetans, even at the risk of their lives voiced for freedom in Tibet while studying in Peking. Our youngsters studying in free countries need to take inspiration from students like Gyakok, Yarphel, Kesang Dekyi etc. and take our national issue more seriously.

The author escaped Tibet and worked in Tibet Information Monitoring Center in New Delhi. From the number of articles written by the author on Sino-Tibetan issue, it can be said that he has contributed greatly in unraveling the dubious policies of the Chinese government, and informing the world about what has expired since the Chinese occupation of Tibet. How the Tibetans and Tibetan plateau is being used by China to contain India during Sino-Indian war.

The book is a good source of information to fill certain gaps in the history of Tibetan struggle for freedom and independence. It is a good reminder to all the Tibetans how we lost our land, and why we should continue our struggle, and not to forget those unsung heroic youngsters who died for us. Reprint of the original Tibetan would also be helpful.

Posted by Miudhungdrug at 3:25 AM No comments: