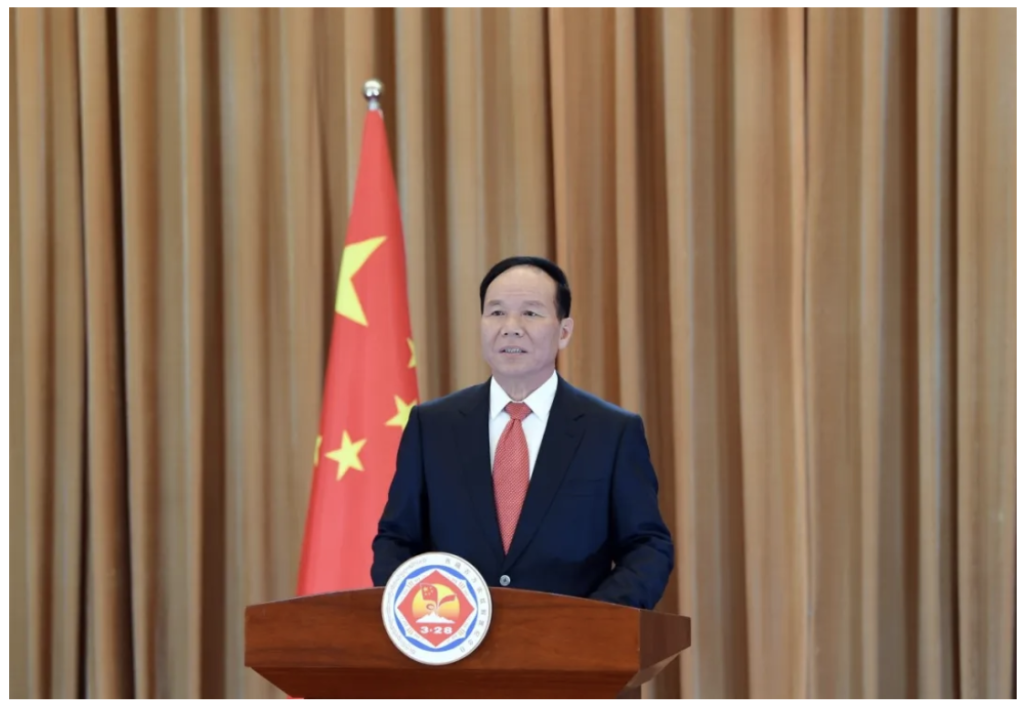 China, in its attempt to legitimize its occupation of Tibet, has invented myriads of days and events to congratulate itself and to create a platform to dole out its propaganda. “Serfs’ Emancipation Day” on March 28 is one of those days. It was invented in January 2009, more specifically to counter the March 10th Tibetan uprising day. Despite the chaos and pandemic it has created around the world with the Wuhan-Coronavirus, China observed the day in Lhasa, the capital city of Tibet.

Che Dalha [Pinyin: Qi Zhala], Chairman of Tibetan Autonomous Region, in his speech telecasted on the day, elaborated on how the Chinese communist party liberated Tibet from the serfdoms and how democratic reform and economic prosperity came to Tibet. He also spoke on religious freedom that Tibet has enjoyed all these 61 years under the communist party. All these are old Chinese fabricated claims to misinform and mislead the international community.

For Tibetans, these 61 years under the Chinese Communist regime have been a sixty long years of brutal occupation, repression and hardship. China speaks of democratic reform, but the world knows that there is no democracy in China itself. So what democracy is Che Dalha talking about in Tibet?

Usual Chinese propaganda on economic development and the rise in GDP are all repeated. The fact is that Tibet was never a poor country, people had enough to eat and good wisdom to explore spiritualism. As far as poverty alleviation is concerned, Tibet has never suffered famine, but with Chinese occupation, it suffered famine where many people died of starvation.

GDP of 160 billion yuan that China is talking about may look impressive. But where has all these money gone? Close scrutiny of Tibet’s economic data will show that it has all gone to five sectors: 1) Militarization of Tibetan plateau, 2) Maintenance of huge Chinese army, security personals and staff in Tibet, 3) Construction of roads, railways and airports to exploit Tibetan mineral resources and transport the same to China, 4) Construction of dams to exploits Tibet’s water resources, and 5) Large scale migration of Chinese in Tibetan areas.

Coming to religious freedom, more than 6000 monasteries saw destruction under the CCP regime. Even now, Tibetan monasteries like Larung Gar and Yachen Gar are facing severe restrictions. CCP is interfering in the administration of the monasteries and the selection of reincarnation of high Tibetan Lamas, including H.H. the Dalai Lama.

Information has just come out that last year in December, a father [Jampa Dorjee], 75 and his son in Chamdo have been detained just for listening to religious teaching of His Holiness the Dalai Lama. People are arrested and imprisoned for having a photo of His Holiness the Dalai Lama. Just recently, on March 16, a close aide of Tenzin Delek Rinpoche, Ven Tashi Phuntsok, died of torture. So where is religious freedom?

China says “Serfs’ emancipation and liberation”, this is wrong. There was no emancipation and no liberation. You don’t emancipate anyone with army and guns1. You don’t liberate anyone with forced agreement2. The fact is, China invaded Tibet, and it was a brutal and illegal occupation. China also did not keep the promises it made in the agreement it forced upon Tibet. All these talks of liberation, democratic reform and economic development are a farce and pure propaganda to mislead the international community and to justify its illegal occupation of Tibet.

Prem Sanyas: The Light of Asia

Prem Sagar: This may be the first film on Buddha made in India in 1925. The film is based on Edwin Arnold's book on Buddha, The Light of Asia. The book was published in 1879 and was said to be the first book which introduced Buddha and his life to the Western world. It is an hour and half silent film in black and white.

The story line is almost same as what is widely known about Buddha these days. Some points to be noted are that the King Suddhodana had only Maya as his queen. When she could not bear a son, at the request of public, the King sent a sacred elephant to select a boy as his crown prince. The elephant did select one boy, but returned him back to the mother. However, Queen Maya later gives birth to Prince Siddhartha.

Yashodhara's name was Gopa. When the King's effort to tie the prince to worldly life was failing, he took the prince to one of the neighboring kings' place. That king's daughter, Gopa, was renowned for her beauty. The trick worked, both Siddharth and Gopa fell in love with each other. But to win a Kashtriya's daughter, it was a norm to challenge other suitors. Devadatta, Siddhartha's cousin, was also one of the suitors. Three contests were done:

First, it was to cut or pick up the cactus leaf at the ground from a galloping horse. Second, to shoot a drum on hearing the drum's sound blind folded. Lastly, it was to unsaddle the opponent from his horse without harming him. Buddha wins the contest.

After having witness the three sorrowful aspect of life, Siddhartha renounces the home and his wife. The son Rahula was not there. Gopa goes in search of Siddhartha here and there. Siddhartha's six years of struggle and asceticism are covered briefly only. Finally, she finds Siddhartha teaching a large number of people. She joins the teaching and says inwardly:

"In finding you I have found something which I never sought."

The film ends with the union of Siddhartha and Gopa, and the subtitle reads:

"And thus, with the passage of years the Prince, in tattered robe - with Gopa as his first convert - becomes one of the greatest teachers the world has ever known."

The film was directed by Himansu Rai and Franz Osten. The film gives us a good idea of how films were made and enjoyed in the early 1900s.

The movie's link: https://www.youtube.com/watch?v=D1JJW7nLGqA
Posted by Miudhungdrug at 7:28 AM No comments: