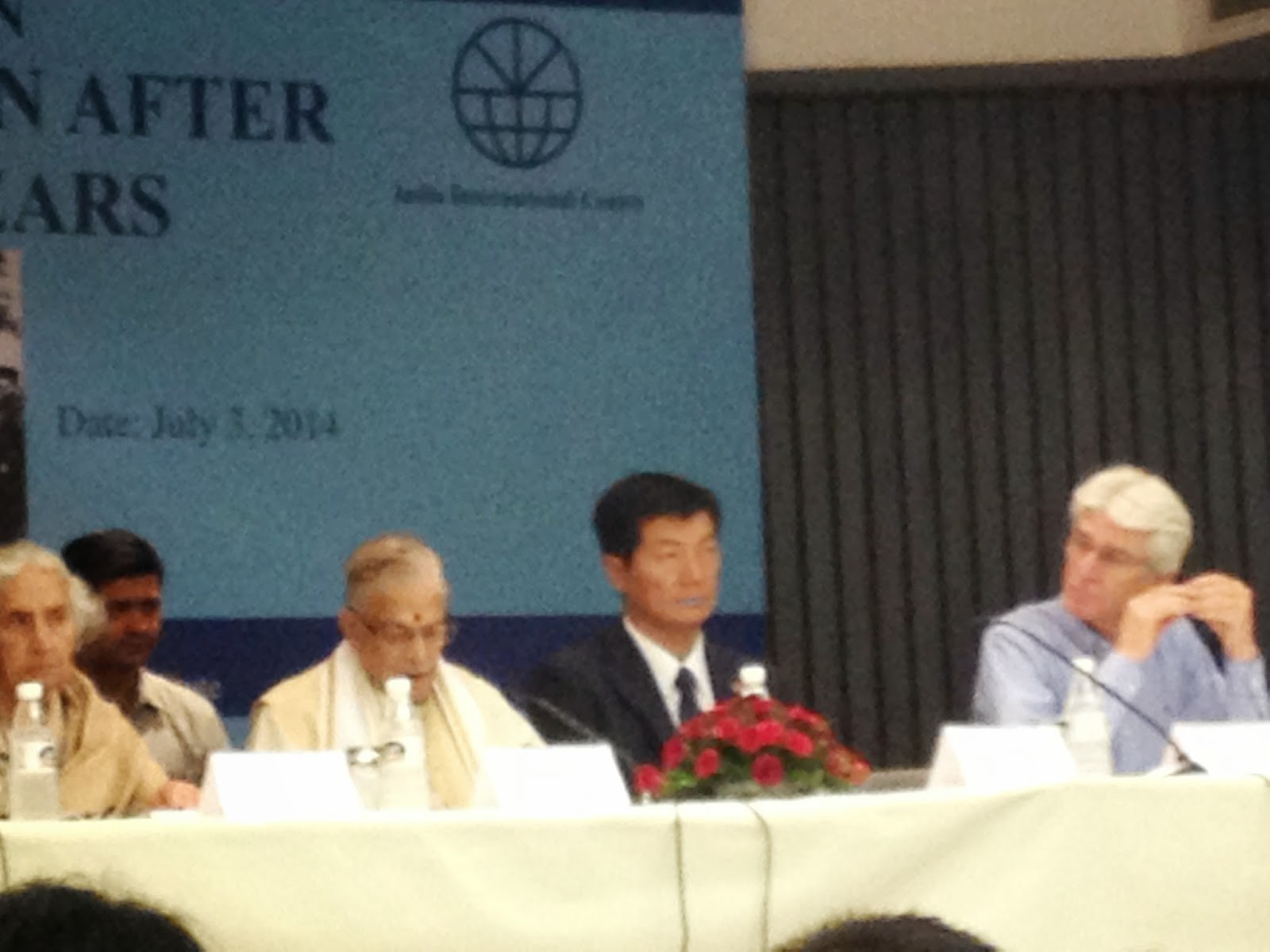 New Delhi: A conference on Simla Convention was organized at India International Centre (IIC) in by IIC in collaboration with Tibet Policy Institute (TPI) of Central Tibetan Administration.


Dr. Lobsang Sangye inaugurated the conference with a message what we need to learn from the Convention and how do move forward to resolve the Tibet issue. He talked about Middle Way Approach, which he said is not about resolving Tibet issue alone, but resolving and taking care of the ecology of Tibetan plateau. Himalayan glaciers are the sources of some 10 major rivers in Asia.


Dr. Murli Manohar Joshi of ruling party, and Dr. Kapila Vatsyayan were the chief guest speakers. Prof Siddiq Wahid, Prof Dibyesh Anand and Shri Naresh Mathur spoke on the  Indian perspective and historical relevancy of the convention. Dr. Michael van Walt van Praag spoke on the international perspective of the Convention. CTA officials Dhondup Gyalpo and Tenzin Norge gave Tibetan side of the Convention. Around 200 people attended the conference and participated actively in the deliberation, and question & answers sessions. 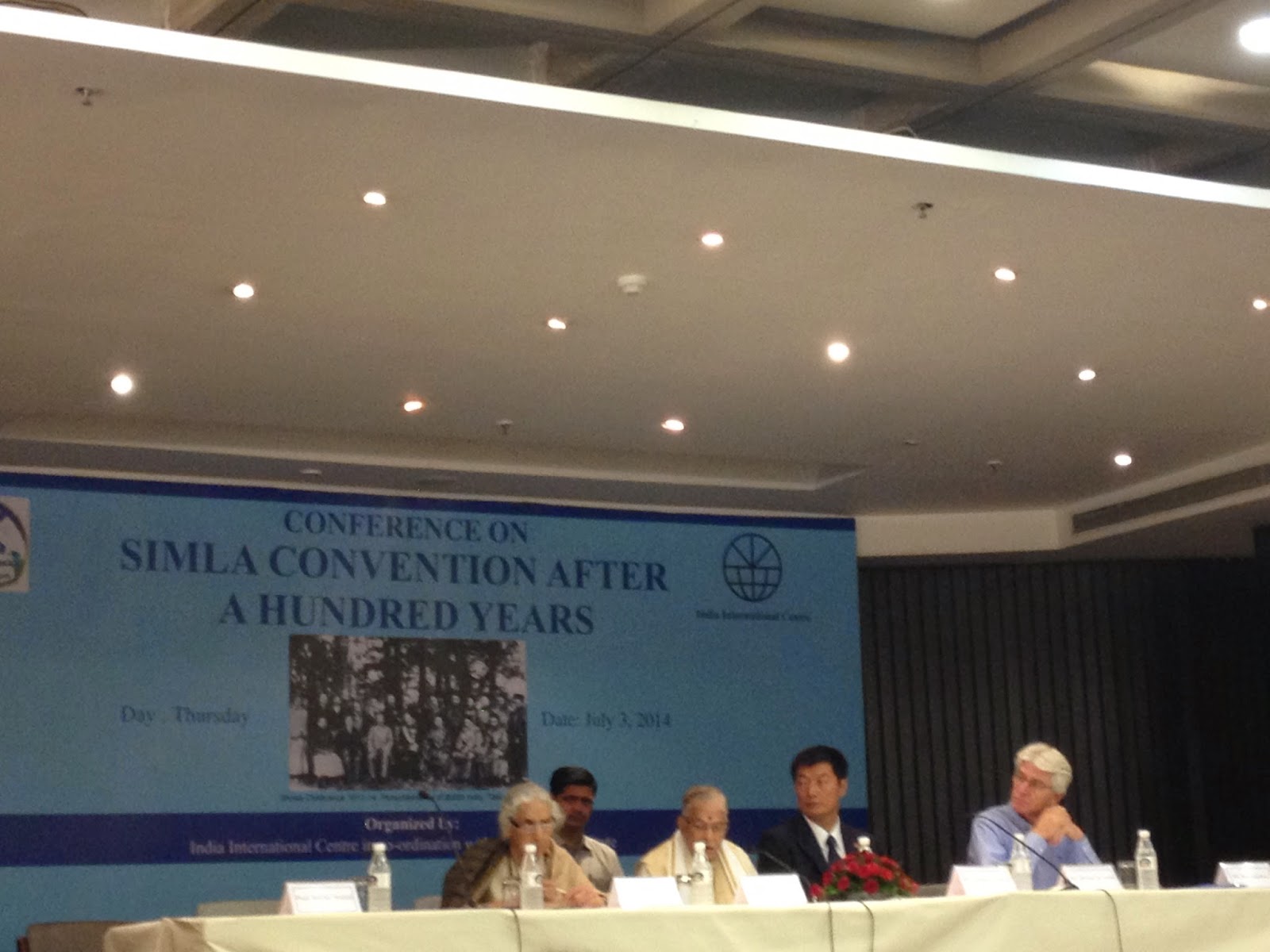 Mr. R. N. Ravi, former Special Director of IB said, what was gained by British India for India during Simla convention was lost to China in Panch Sheel agreement in 1954. India should be attending and talking more about Simla convention, but unfortunately, the government is collaborating with Chinese who are celebrating the 60th anniversary of Panch sheel agreement.


The convention made the participants to cogitate further on the purpose and circumstances leading to the Simla convention. Why 13th Dalai Lama, who declared Tibet independence in 1913, eschewed to suzerainty of China in 1914. Why Tibet willingly seceded Arunachal [Monyul] to India, and what did Tibet expected for the return. However, as China never signed the Convention, any privileges given to China in the agreement stands null and void. This goes on to prove that Tibet signed the Simla agreement as a sovereign state in 1914. 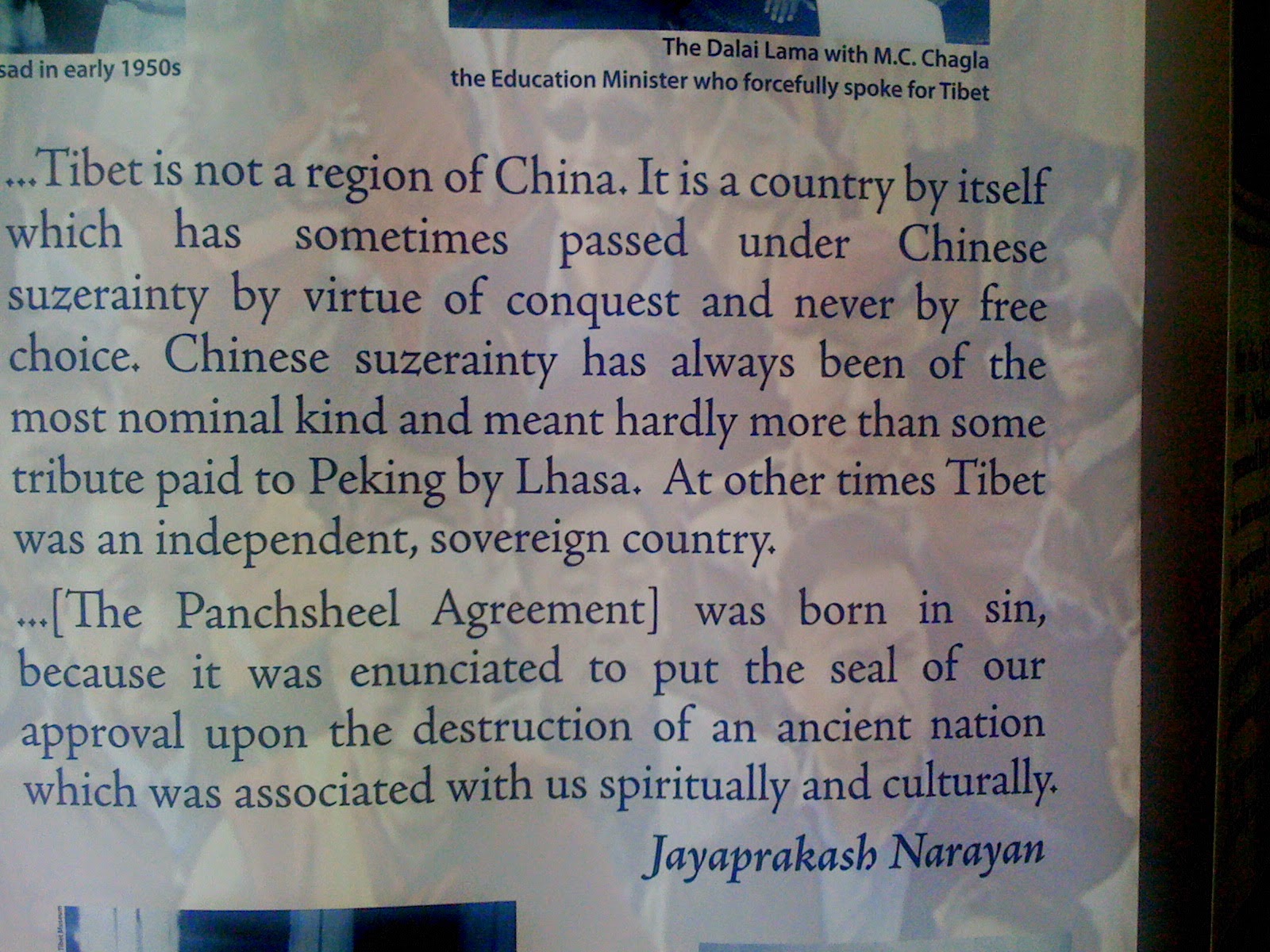 Posted by Miudhungdrug at 10:40 PM No comments: