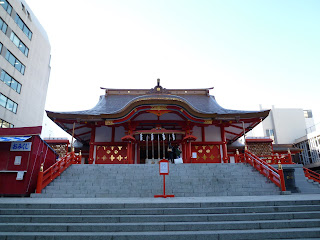 Shinto is the native religion of Japan, which existed much before the advent of Buddhism in the region. Much of the foundation of Japanese culture and aestheticism could be traced to this ancient religious concept. It involves worship and deference of numerous Kamis [spirits] believed to be a part of the natural environments in which we all live.

A Kami can be understood as a spirit or a semi/demi-god inhabiting the mountains, rivers, valleys, private homes etc. They help the human when they are appeased or are happy. They bring disease and natural calamities when they are offended. It is a kind of animism, where nature in its diverse form is deferred as a manifestation of kamis.

It has no written scriptures to study or debate the philosophical aspect of its practice. Shinto actually means, the way of the gods or spirits, or the sacred way.

Buddhism came to Japan from China and Korea and flourished during Nara period in 8th century. Early Bon religion of Tibet may have been like the Shinto of Japan. Mountain deities, invisible spirits dwelling in lakes and forest are very much the part of Tibetan Bon tradition as it is of Shinto in Japan. Appeasing the deities residing in these natural settings, and purifying the environment by means of sangsol [burning of incenses and aromatic leaves] and sacred waters are the concept shared by the Bon and Shinto cultures. 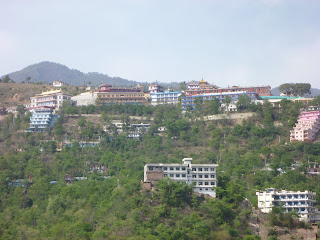 
But Bon religion has an established doctrinal teachings and scriptures, today it is at par with Buddhism in depth and profundity. Bon and Buddhism co-existed to shape the Tibetan culture. Native twenty-one mountain deities of Gengyen nyishu-tsachig are equally deified in Tibetan Bon and Buddhist pantheons.

However, unlike Bon religion, which faced certain forms of castigation from the victorious foreign religious clergy and the new society, Shinto is said to have got along well in harmony with the new religion. Just as Shinto is the foundation of Japanese culture, Bon is the basis of Tibetan culture. Distinctiveness of Tibetan and Japanese Buddhism could be well attributed to the rich cultural influence of Bon and Shinto respectively.

Japanese society accepted Buddhism, but they did not relinquish their native religion. Japan adopted the concept of shinbutsu-shugo [co-existence Kamis and Buddhas], in which both Buddhism and Shintoism were practiced simultaneously at large. This was to shape the cultural and religious history of Japan until the advent of Meiji era [1868 – 1912], during which Buddhism and Shintoism were separated, and shinbutsu-bunri [separation of Kamis and Buddhas] policy was adopted. This was done to achieve national unity under a strong single banner of native Shinto values with the Japanese emperor at its center to fight foreign influences.

Buddhism was condemned as superstition and denounced. The fact that some Japanese monks like Kawaguchi Ekai, Tokan Tada etc made perilous journeys to Tibet around that time could be seen as their desperate and determined attempt to revive Buddhism in Japan.

Today, Shinto and Buddhism are equally revered in Japanese society. A Japanese could be Shinto and Buddhist, and at the same time Christian also. When it comes to culture, they speak Shinto; when it is philosophy, they tend to lean on Buddhism; when it is modernity; they flirt with Christianity. It is a common scene to see a young couple marrying at a Church and receiving blessing from a Father. But the same couple will visit Shinto Shrine when a child is born, and observe Shinto festivals. It will not be surprising to find that the family of this couple is a danka [member] of a local Buddhist monastery. 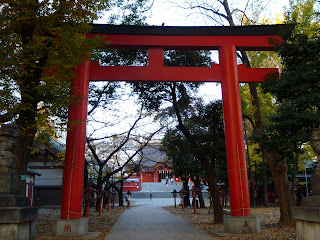 
This religious and cultural harmony between Shinto and Buddhism in Japan; and between Bon and Buddhism in Tibet; is something the international community should learn, so that we could all live in harmony and in peace with the compassionate teachings of our respective masters to help achieve peace, prosperity and enlightenment for all the sentient beings in this universe.
Posted by Kawaripa Taro at 7:28 PM 1 comment: 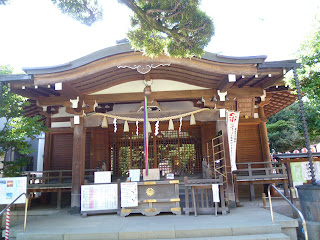 [A Shrine alter at Sendagaya]

Meijijingu is one of the best-known Japanese shrines in Tokyo. This shrine was dedicated to the Emperor Meiji [1867-1912] and Empress Shoken by the Japanese government. A large number of Japanese and foreigners visit this great shrine every year.

Foreigners are often confused about the Shinto and how prayer offerings are made at these Shrines. Here is what little I knew and learnt from my Japanese friends. 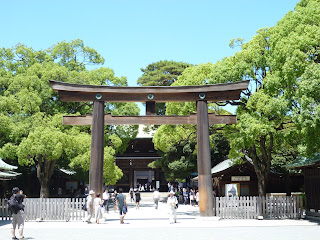 Most of the Japanese omatsuri [festivals] are associated with Shinto kamis and belief. Kamis are gods or semi/demi gods in Shinto belief. People go to Jinja to make request, and for yaku barai [cleansing of bad omen]. These Jinjas are mostly built at secluded places inspiring the presence of natural grace and beauty with trees, rocks and ponds. A gateway to Jinja is a torii nomon, a wooden gate erected at the entrance of a Jinja. Once you are inside the torii, you are in the sacred realm of kamis. You are supposed to walk at the side of the path to leave the middle for kamis. 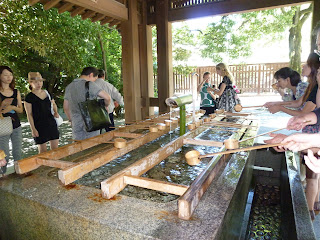 [Chozuya, where misogi is to be done]

Before visiting the main Shrine for prayers, you need to do misogi [water purification or ablution]. You will find a free-flowing water-shed known as chozuya with a few bamboo ladles. Picking up a ladle with right hand, you wash your left hand and vice versa. Then with the ladle in your right hand pour water in your left hand and rinse your mouth. After this raise the head of the ladle so that the remaining water in the ladle flows on the handle as if to wash it. Restore the ladle to its original place. This is misogi rite; how you clean yourself before appearing in front of the Kamis of the shrine.

Once before the main shrine, you pull the dangling rope above the offering box to sound the bell-like-signal at the top to inform your presence. Standing solemnly before the shrine, you take two deep bows, then bring your both hands closed before your chest, and make two hand-clap followed by one deep final bow. They say it "ni-rei, ni-haku, ichi-rei" [two bows, two claps and one bow]. Number of bows and hand-clap may differ in some situation, but this the generally accepted ritual. Your time to pray or make request is one before and after the hand-clap.

As a standard form of prayer – "harai-tamai, kiyome-tamai, mamori-tamai, sakiwai-tamai" is silently recited in heart. Meaning of this recitation is – sweep and clean me of the impurity of sins, protect me from evils, and let everyone prosper. 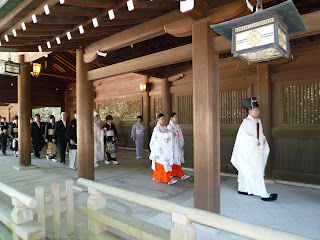 [A bride & bridegroom being led by a Shinto priest]

You can buy protection talisman or amulet called omamori from the counter, you can have amulet for house protection, safe driving, obstacle clearance, good result in exam etc. Then there is Ema, a small votive wooden tablet, where you can write your wishes or prayers, and hang the same at ema stand. 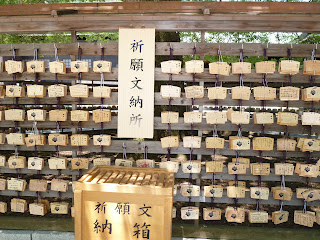 This is how you make your visit to a shrine, and how offering of prayers is made at a Japanese Shinto shrine. If you are lucky, you may come across marriage ceremonies or some local festivals at the Shrine.
Posted by Kawaripa Taro at 12:08 AM 2 comments: 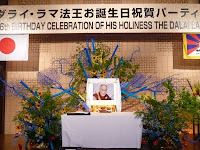 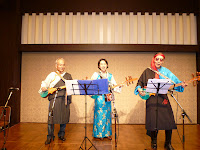 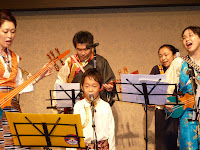 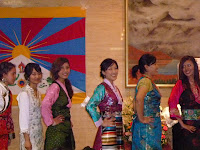 Posted by Miudhungdrug at 8:20 PM No comments: