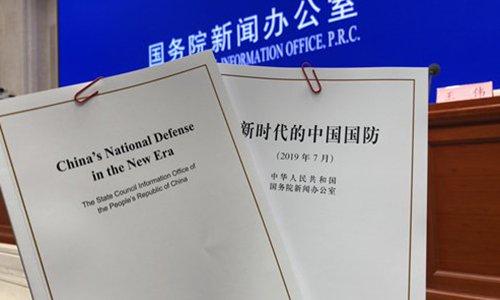 Amidst the growing turmoil in Hong Kong Island and the surging voice for independence in Taiwan; the repression and cultural genocide in Tibet and Uighur, and the escalating US trade war, China has on 24th July, issued a white paper titled “China’s National Defense in the New Era”. Faithful commentaries and justifications followed immediately in their official mouthpiece, Xinhua News and the Global Times.

It says “Peace is a common aspiration of people around the world”. The white paper has many things about peace, cooperation and development to justify the activity of the Chinese military and the role of the People Liberation Army (PLA). Along with this, it has issued a stern warning to Taiwan and noted Tibet and Uighur as a national security risk. Hong Kong has been left out deliberately, the tacit immediate target.

It is a piece of welcome news that China has said that “it will never seek hegemony, expansion, and sphere of influence” in the white paper, how we all wish if this could be true. Unfortunately, given the factual and historical distortion that China has deliberately made in the white papers issued on Tibet in the past, China observers and the International community will not take this statement at its face value.

It talks about China not seeking hegemony, but what about the regions already under its illegal occupation, like Tibet. What about those 12 developing nations whose ports, media, economy and civil authority that China has taken over through its Belt and Road Initiative (BRI)’s debt trap. [“Chinese Malign Influence and the Corrosion of Democracy” International Republican Institute (IRI) 2019 Report]

The paper says, “No matter how it might develop, China will never threaten any other country or seek any sphere of influence.”

Chinese interference in Nepal to keep the Tibetans leashed, dumb, immobile and out of the country has crossed the limit of sphere of influence. The recent deportation of a Tibetan-American with a similar name with the former Speaker [PenpaTsering] of Tibetan Parliament in exile by Nepal immigration has demonstrated the extent of Chinese dictatorial authority in the civil administration of the land.

China will never threaten – Just recently, China threatened India by warning that it should stand by the dictates of communist China about the reincarnation of the 14th Dalai Lama.
The white paper says, “Since its founding 70 years ago, the People’s Republic of China (PRC) has never started any war or conflict.”

Was Tibet not illegally occupied in the 1950s, and what caused the death of 1.2 million Tibetans and the flight of His Holiness the Dalai Lama and Tibetans into exile? What about the unprovoked Chinese aggression against India in 1962, the so-called Sino-Indian war, and the numerous border intrusions that India has experienced, the most recent being the Doklam standoff in 2017.

Now, the important question is: what prompted the communist regime to issue a white paper on national defense at this time? If we analyse the fact surrounding the current situation, it betrays China’s plan to use military and its PLA army in containing civil unrest, Hong Kong people should be wary of it. While it warns Taiwan on its independence drive in a belligerent tone, Tibet and Uighur are just shown as a threat to China’s national security and social stability.

It has openly challenged and attacked the US for its unilateral policies. It criticised Trump administration for its increased activity based on the so-called freedom of navigation operation in the South China Sea. But China should reflect what has caused this increased activity? Who initially disturbed the peace in this otherwise peaceful South and the East China Sea? What country in the regions is not in loggerheads with China?

What is dreadful about the white paper is how explicitly its purpose is explained in the Global Times, it said, “The white paper also for the first time defined that PLA’s missions and tasks are to provide strategic support to consolidate the leadership of the Communist Party of China (CPC) and the socialist system, safeguard national sovereignty, unity, and territorial integrity, protect China’s overseas interests, and promote world peace and development.”

The above statement forebodes bad times ahead for those in odd with the communist regime. Tibet and Uighur, although totally under the military control, it warns further repression involving the PLA army is in the offing. There is already news of Uighur type of detention centers or gulags coming up in Tibet. The immediate target of the white paper in Hong Kong and Taiwan and China is indirectly seeking international approbation to the military action about to happen in the regions. It is a clear message from China to notify the international community that very soon it’s military and People Liberation Army (PLA) would be in the Hong Kong Street, and later in Taiwan.

Posted by Khawaripa at 4:55 AM