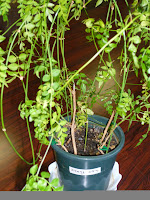 How much the authority try to squelch the people's aspiration, some day it has to learn the hard truth that power doesn't always come from the barrel of a gun. It comes from people; it comes from a simple flower like jasmine.
Posted by Khawaripa at 10:24 PM