Runggye Adak: A Message that China failed to read 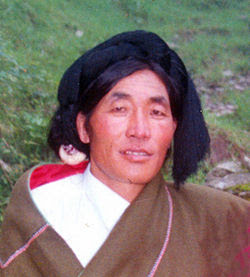 Runggye Adak, a Tibetan nomad of Lithang area is still in Chinese prison serving his eight-year sentences issued by Chinese authorities for "provocation to subvert state power". His only crime was that on 1 August 2007, he is said to have said, 'If we cannot invite the Dalai Lama home, we will not have freedom of religion and happiness in Tibet", before a gathering at the annual horse festival in the region. He also called for the release of Panchen Lama and Tulku Tenzin Delek.
The Chinese security people immediately arrested him and his friends and put them behind the bar. Chinese media reported the incident as a "major political incident" and said that he was shouting for "Tibetan independence".
This is how most of the people's grievances end up in Tibet. China is too paranoid to properly address the issue and to understand what the Tibetans are really asking for. Any voice, irrespective of its contents from the Tibetans is seen as opposition to the regime and subversive. Therefore, China has never understood the Tibetans all these years. This is one of the major causes of Chinese policy failure in Tibet.
Runggye Adak is a simple Tibetan nomad. From his statement it is very clear what the Tibetans are looking for "freedom of religion and happiness". As China has denied the Tibetans of these two necessities throughout its brutal rule, people like Runggye Adak are inclined to believe that coming of Dalai Lama to Tibet would bring religious freedom and happiness.
In his statement during the interrogation, he said that he wants Dalai Lama to come to Tibet so that he can speak out his grievances. As simple as this, this shows the extent of repressed emotion and psychology of the people. Tibetans need to be heard and cared. If the Chinese leadership is serious about peace and stability in the region, they should reexamine their policy and listen and respect the voice of people like Runggye Adak seriously. One good thing that the leadership could do now is to release him and ask for his forgiveness.